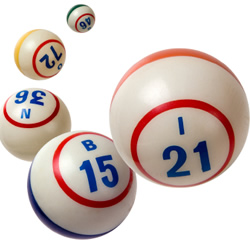 There are an astonishing number of people who play online bingo worldwide today – over 100 million of them in fact.

Bingo is a game that has been around for centuries in one form or another, but it was only in the 1930s that it got its current name, and that was when an entrepreneur called Mr Edwin S Lowe saw the game being played at a county fair in Georgia. Back then the game was called ‘beano’ as players covered their numbers on the cards with dried beans. While Lowe was watching the game, a lady who had won was so excited that she accidentally called out ‘Bingo’ instead of ‘beano.’ Lowe decided to commercialise the game and took the new name out in a patent.

During the second half of the twentieth century, bingo spread like wildfire and was a really popular game on both sides of the Atlantic. However, in the 1990s and the noughties, it looked like bingo was on the wane as other games of chance like the lottery offered much bigger jackpots and there was no need to go and play the game in the same way that you had to go down to a bingo hall.

However, with its transition online, bingo has experienced a new lease of life, and many players now will have never been to a land-based bingo hall and only know of it in its online form. The game has become even easier to play as the software does the concentrating for you. There’s no need to listen out to the numbers, any corresponding numbers on your cards are marked off automatically. This leaves bingo players free to chat to other players online in the bingo chat rooms and to play other games at the same time. You can play for five minutes or sit down to spend the evening playing – it’s really flexible compared to the land-based version.

Today’s bingo remains true to the game that Lowe ‘invented’ in the 1930s, but it’s evolved over the years to suit today’s internet generation.