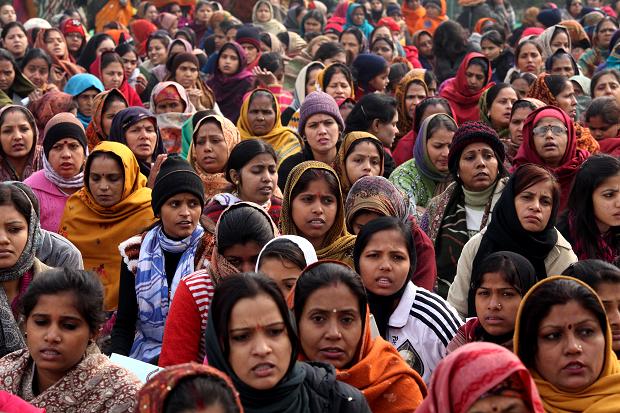 The young woman who was brutally raped and murdered in Delhi at the end of 2012 may not have died totally in vain since her fate has provoked a profound reality check amongst India’s male dominated society which is likely to result in a permanent long term reduction in future gender-based violence.

Women’s rights groups and charities have been campaigning for years to highlight the challenges faced by girls and young women as they endeavour to raise their status in India particularly in the fields of education and economic emancipation. The current wave of sympathy for the country’s daughters should provide just the impetus that they need.

One children’s charity, Plan International, has in fact been running a campaign since 2008 called “ Learn without Fear “ which has sought to raise awareness of children’s rights and to encourage the implementation of guidelines to eliminate corporal punishment, sexual violence and bullying in schools. It has also teamed up with UN Habitat and Women in Cities International to tackle the problem of girls’ safety in public spaces. It has enlisted young women to conduct safety audits in their localities and their findings are handed over to government agencies which can then effect appropriate action.

The charity also encourages both young men and women to identify instances of gender discrimination within their communities and to produce manuals for their peers on gender equality and the prevention of gender-based physical abuse.

The traditional response of Indian society towards rape victims has hitherto tended to stigmatise them and effectively implicate them as being in some way largely responsible themselves for such incidents. It is to be hoped that the horrific events in Delhi will shock the nation’s conservative majority into revising such misguided attitudes and encouraging more victims to come forward.

The general view now is that there should be fast track courts to deal with all reported incidents of sexual assault and violence against girls and women in India with the government prioritising urgent reform of the investigative and judicial procedures adopted in such cases.

The response to sexual crimes has too often in the past been characterised by inertia and sweeping matters under the carpet. This was associated with strong patriarchal mind-sets and the low value placed on girls’ and women’s lives and rights. There is no doubt that these attitudes contributed to the impunity with which gender-based violence has been committed in homes and in public spaces across the country.

As Rajdeep Roy Chowdhury of Plan India explains “To ensure a sustained reduction in the instances of violence against girls and women, work is needed to educate the police, judiciary, law makers, institutions and communities to be gender sensitive, gender responsive and ultimately, gender neutral.”

A child sponsorship charity will work to support children in the developing world, but they also strive to change beliefs at the heart of communities so these issues including discrimination against women can be eradicated.