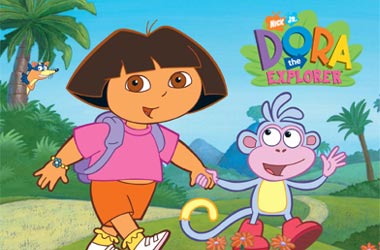 Parents may worry that time spent in front of the television will be detrimental to their children’s development. While TV should be limited, there are some programs that are specifically developed to offer educational benefits to young viewers. Dora the Explorer is an excellent example of educational programming.

An Overview of Dora the Explorer

Dora The Explorer has been a regular program aired on Nickelodeon since 2000. The show features Dora Marquez, a young Latina girl who has adventures with her backpack and a monkey named Boots. Dora regularly encounters a thief named Swiper the Fox. The story of each episode follows Dora and Boots while they work to recover the items that Swiper has stolen from others.

Dora is intended to be an educational program, so the show’s creators craft each episode with a lesson in mind. There are many skills that are taught to young viewers.

Viewers are asked to help Dora and her friends retrieve the items that have been stolen by Swiper. Children must use their observation skills to find clues that will lead Dora to the missing items. Dora asks children to point out these items along the way to let young viewers know when there are clues on the screen.

Many episodes feature basic math problems that allow young children to start to understand the relationship between numbers. These simple problems are worked out by Dora using a step-by-step process. Dora helps children understand counting, basic addition and basic subtraction.

Dora is a fun-loving kid who sings and dances through many of her adventures. The songs may seem silly to parents, but children are better able to connect on an academic level when music is incorporated into a television program. Music also provides the benefits of honing social skills, building confidence and introducing children to a valuable creative outlet.

Dora encounters obstacles during her journeys that could prevent her from retrieving the stolen items. She asks young viewers to help her work through these problems to continue on her way. Visual and verbal cues are given to help young children work through the problem to find the best solution.

Dora highlights her background by speaking Spanish throughout each episode. She will then repeat each word or phrase in English to help viewers understand the connection between the English words she is speaking and their Spanish counterparts. Young viewers learn to recognize and repeat Spanish words for common items.

Some children’s programs provide little educational value for young minds, but Dora is an exception to this rule. Parents can learn more about the program through social media profiles for the program and Nickelodeon to determine whether Dora is an age-appropriate television show for their young children.  Looking for a place to watch Dora the Explorer? You can watch all the episodes online on Rogers On Demand.