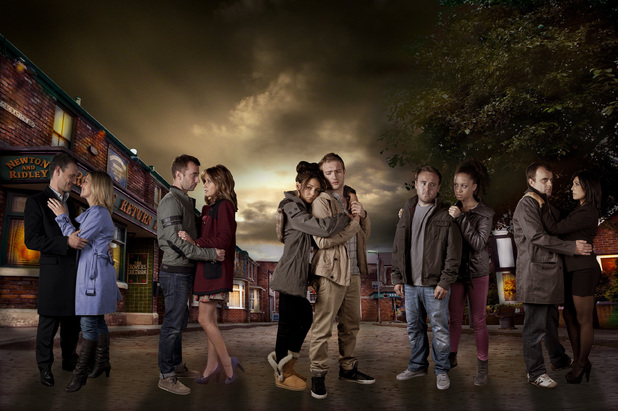 Britain has produced some outstanding actors and actresses over the years, many of which have gone on to become global superstars because of their appearances in some of the biggest movies of all time.

While these guys have raked in the millions and become household names, there are plenty of other actors and actresses who are highly talented and the kind of people that we can all relate to but they just haven’t made the kind of names for themselves that their compatriots have.

For example, soaps like EastEnders, Emmerdale and Coronation Street have become a part of British culture and everyone has their favourite show and stars that they can’t wait to watch. Certain characters have been around for years and become a part of our lives as we grow up watching them go from child stars to established members of the cast, like Barbara Windsor in EastEnders and William Roache and the late Anne Kirkbride in Coronation Street.

The British public all have their own views on the soaps with many preferring one over another because of their ties to the region the show is set in – with Coronation Street up in Manchester, Emmerdale in Yorkshire and EastEnders (as the name suggests) in the East End of London.

This means that the chances of getting a view on the best soap are pretty slim, especially when each one goes through a period of being so gripping you can’t look away before going through something of a lull where nothing happens. Either way, they have us all sitting down regularly to watch and they’re a great way of relaxing in an evening after a long day at work.

So as we aren’t going to be able to find out which one the best soap is, I like the fact that Great British Bingo attempted to find out who the nation’s favourite soap star is. They compare bingo sites in the UK so they’re pretty good at looking at comparisons and trends, and the person who came out on top in this particular poll is definitely someone who splits opinion in true British style.

Danny Dyer received 24 out of the 191 votes cast in the poll to take the crown, based on his role as Mick Carter in EastEnders. As a proper East-End cheeky chap, it’s hardly surprising really but when you consider that he once said he would never appear in a soap unless his career hit rock bottom, he’s done pretty well!

He even managed to hold off the competition from June Brown who plays Dot, and Steve McFadden who plays Phil Mitchell in the same soap.

Another good old British bad boy was fourth on the list, as Jeff Hordley who plays Cain Dingle in Emmerdale picked up 14 votes. The likes of Michelle Keegan, Kym Marsh and Mike Parr also received their fair share of votes as the “young blood” in soap world proved that the shows aren’t just for your Grandparents like many think!