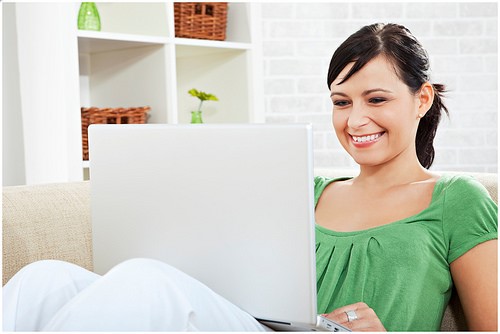 Anyone who’s a mum to young children (and it doesn’t really change that much as they get into their teens) knows that you often have to juggle in order to fit everything into your day. Whether you’re a stay-at-home mum or a mum who goes out to work, there’s rarely a quiet moment. You might often feel like Mrs Large in Jill Murphy’s book ‘Five Minutes’ Peace’.

But everyone needs to be able to take a moment every now and then to have a bit of a break. Even if you just have five minutes to yourself with your feet up, you’ll feel better for it, and you’ll have a renewed boost of energy for the next part of your day.

For anyone who thinks they’re too busy to have a little break, here are some perfect ways to take five.

The internet gives us so many ways to be entertained

The traditional version of bingo still goes on in bingo halls around the country, but for a busy mum who wants a quick bit of playtime, online bingo at sites such as bgo, Gala and Tidy Bingo are the way forward. Online bingo’s great for someone who is busy as you don’t even have to be ‘present’ at your screen while a game is going on. Pick a game from the schedule at bgo.com/bingo from one of the different bingo rooms, each of which has its own theme. For example, there’s Cheap as Chips, Fairy Delight and Joker Jackpot. And as long as you’ve purchased your cards before a game begins, they’ll play through automatically. While most players choose to watch as the game takes place, there’s no need to as the software marks any matching numbers on your cards. So as the game goes on, you might sit and socialise with other players of the same game in the bingo site’s chat room, but equally, you could be doing something entirely different – working on another window on your computer, cooking a meal or changing the baby’s nappy! It depends what time you have available.

There are lots of word games out there that are great for busy people as they only take a few minutes for each turn. It’s like having a permanent game of Scrabble going on in your back pocket – courtesy of your smartphone and one of the many Scrabble-like apps you can download. WordFeud and Words with Friends are two examples. You can be paired with an opponent randomly, or choose to play someone according to their average word score and their playing profile. As well as learning some new vocabulary, you’ll also become a dab hand at finding creative words that use up Qs and Zs! When it’s your turn, you’ll get a notification on your phone, but the game will wait until you’re ready to play.

This one’s not a game as such, but the 5 minute journal is a pretty cool concept for busy mums to try out. Remember all those funny things that the kids have said and done over the years – you think you’ll remember them all but unless you write them down, you’ll mix up which kid said what and when they said it. But who feels like writing in a journal at the end of a long day? The 5 minute journal app means you don’t even need a pen and piece of paper. This iOS app gives you prompts to help you write your thoughts down quickly, when something occurs to you, and you can then add in things like photos. It’s up to you to keep this as a private memoir or to share those special moments with friends and family via the app. It’s a quick and easy way to help you keep a record of your kids’ childhoods one day at a time. There are lots of similar apps, such as the Gratitude Journal (Android) and iWish – a life goals and bucket list app, which you can use to do the same thing.

Of course, these are just a few ways that you can take time out during the day. Whatever you do for five minutes, make sure it’s something frivolous or fun. Life’s not all about ‘getting things done’.