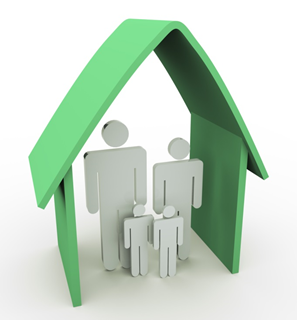 As anyone who has worked within or been through the foster care system will know, one of the main challenges today is attracting and supporting potential new carers.

This challenge is often one that has been overlooked in the past with local authorities having to focus their funding in other areas. Thankfully, a recent announcement by the government means that the future of foster caring could be much brighter, as more funding and better measures of support and guidance will be introduced from 2013.

Foster care experts, such as the team at independent foster carer agency Capstone Foster Care, were extremely happy to hear the new plans, unveiled by the government at this year’s annual National Fostering Agency Conference. The Children and Families Minister, Edward Timpson, assured the audience that in 2013 the government were offering new support and funding to help local authorities both attract and retain more foster carers in the future.

Investing in the future

The new support, totaling £750,000, will go towards a number of initiatives including helping to attract new carers and make the process of becoming a carer much easier and quicker, as well as supporting those already doing the role. As Capstone Foster Care and other independent foster care agencies, will contest thankfully the number of foster carers is slowly growing. However, with over 67,000 children in care just last year alone, there are still more wanting homes than there are carers available and anything that can be done to help the bridge the shortfall will be welcomed.

Within their plans the government has earmarked the £750,000 to go towards boosting local recruitment of carers, as well as helping councils share good practice across the UK to support the success of others. The money will also support intervention programmes aimed at looked-after children and families that are on the edges of the care system, plus helping to fund partnerships between local authorities and independent fostering services. The funds will be invested steadily over the next two years and will hopefully ensure a brighter future for children and their carers.

Changes for the better

Those involved with the foster care system, such as Capstone Foster Care Agency, believe that problems often arise because potential carers are under the impression that becoming a foster carer is a long and drawn out process and that eligibility is strict. However, the funding also comes at the same time as the government looks to reform the approval process, ensuring the system is both faster and more efficient, while still being thorough. The idea is that children need to find homes quickly and potential carers should not be hindered by mounting paperwork and red tape.

The funding and subsequent changes have inspired more ideas that will go further to support potential foster carers, such as making the links to adoption clearer and smoother for current foster carers, as well as giving carers more authority to make every day decisions such as taking the child for a haircut or allowing them to take part in a school trip.