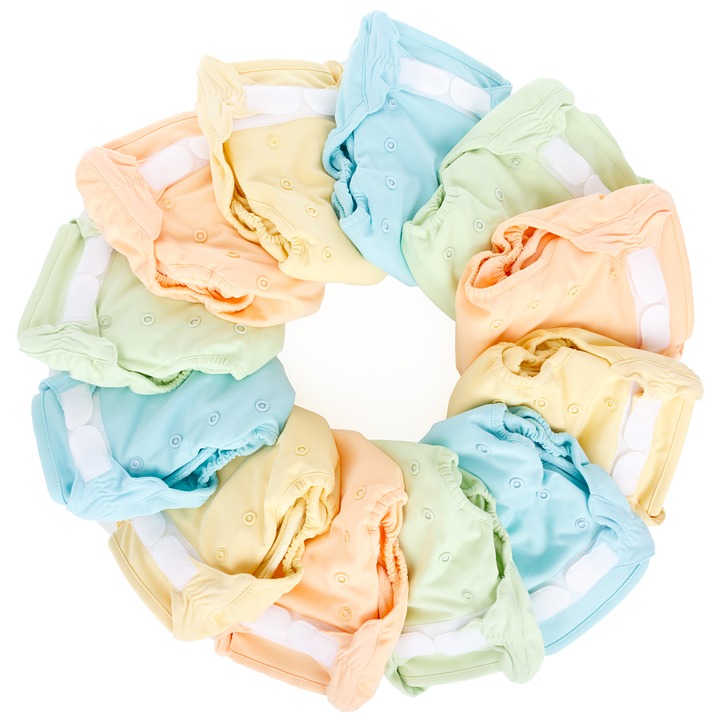 As an employee, you could be busy for 8-10 hours. However, as a mother, you remain busy 24 hours. Your child somehow realizes which lipstick is the costliest and ruins it for you or starts crying at 2 am when you have finally started to sleep. A mom’s world is difficult and changing diapers every few hours makes it slightly smelly too.

Before I learned about reusable nappies, I thought that changing diapers was like a necessary evil for a mother. In fact, whenever I thought about motherhood, I could see myself changing diapers. Such is the connection of motherhood and nappies. Then came new thing- reusable nappies. For the first time in my career as a mother, I realized that there was something like a nappy which could be used again. I never ever gave a second thought to being able to wash and reuse a nappy if the case be.

What are reusable nappies really?

I am a new mother. I was not aware of the flak that traditional diapers receive. I just thought that things are meant to be that way. However, I quickly realized that more and more mothers around me were dumping the traditional diaper and opting for reusable nappies. I was grossed out at the idea at first. However, as women around me started to discuss and appreciate these diapers, I thought about doing some research myself.

As the name suggests, reusable nappies are made of cloth instead of plastic, which means that they can be washed and used again. I have always been a strong support of environmental causes but I never realized that the nappies I use for my child are hazardous to our environment. The nappies that we have been using all along are made of plastics and are 100% artificial. Even if they come with a cotton sheet on top, they would not make much of a difference. These plastics have been linked to many disease and chemical burns. In fact, some of them are even carcinogens.

What about hormonal troubles?

The dioxin found in these plastics has been linked to cancer in various studies. If not cancer, it could cause various hormonal troubles for the child. I was terrified to hear that something as simple as a nappy could be harming the health of my child and that too at such an early age. I did not approve of the point at first but the more I read, the more I knew that these plastic diapers are an absolute no-go for any mom.

Wait, what about the smelly reusable nappies? They are made of cloth, which is a biodegradable. Hence, it causes no harm to the environment. These nappies have a small enclosure for catching the poo which can be easily removed later. It also comes with an absorbent layer which could easily trap any pee and avoid an accident if you are going in public. Sometimes, the outer layer is made of a synthetic material so that pee and poop do not seep through the nappy. The best thing is that the inside layers are thick and made of natural fibers, like cotton, because of which the child experiences no rashes.

As a mother, I find it very important to take care of my child’s health. If it means that I have to wash a nappy and reuse it, I would happily do it instead of exposing her to toxic chemicals.