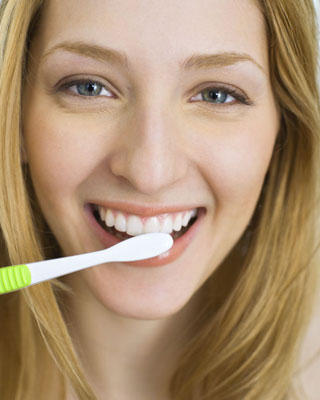 Brushing your teeth is widely considered one of the pillars of health, and so it should be: it keeps your mouth clean, gives you a beaming smile (as long as you do it regularly!) and helps to remove bad breath. However, brushing your teeth also offers a host of benefits away from that beautiful shining grin, and here they are: the things you probably didn’t know brushing your teeth helped.

It can reduce the risk of mental disorders. Regular brushing can decrease the chances of a stroke, according to a study conducted and reported in the American Journal of Medicine. What’s more, the same journal reported that participants who didn’t regularly brush their teeth had a 65% higher chance of developing dementia as they got older. Brush your teeth, and keep the old brain in check!

It reduces the chances of developing a respiratory disease. It has been shown during numerous studies that respiratory diseases can be directly linked to a lack of dental care, due to bacteria present in the mouth travelling down into the lungs. Not nice, eh? Brush regularly, and that nasty bacteria will be out of your mouth before it can get anywhere near the lungs.

It can increase the chances of having healthy babies. Regular brushing doesn’t just benefit you – it can also help keep your baby healthy. Pregnant women have been known to be prone to ‘pregnancy gingivitis’ – this is a mild form of gum disease which, if untreated, has been linked to mothers whose babies suffered a low birth-weight. As ever, there’s no substitute here for strong and regular brushing.

It can help with weight loss. Yes, really! A good a regular brushing has been proven to help those who are trying to slim down keep the junk food away. Essentially, once your mouth is all minty fresh, your brain is tricked into believing that food time is over – not to mention the fact that a great many foods taste genuinely horrible once you’ve reclaimed that fresh, minty feel. Ever had a glass of orange juice post brush? Makes that visit to Kool Smiles seem all the more important, doesn’t it?

It can improve cognitive functions. A lack of dental care has been linked to a reduction in cognitive dysfunction. The American Dental Association released reports in 2010 stating that the NYU researchers had tested 152 people’s cognitive functions and found a strong relationship between those who suffered a negative mental progression and those who had previously suffered gum inflammation.

It can reduce sexual problems. A definite reason for the gents! Erectile dysfunction has been regularly linked to gum disease. Four out of five men in a study conducted in Britain during 2011 were shown to be suffering from both gum disease and erectile dysfunction. Essentially, oral bacteria combined with plaque can enter the bloodstream and cause the penile blood vessels to narrow. While it might not hurt to buy sildenafil here from Menschem to help too, we bet you won’t look at Colgate the same way again!