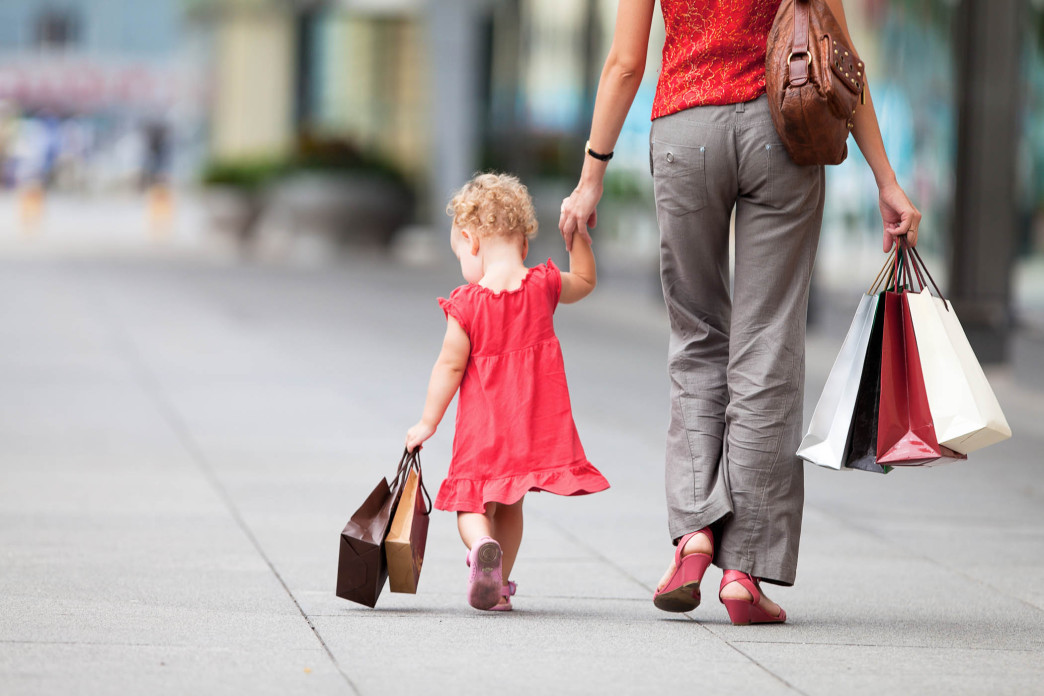 Even the gentlest, most undemanding child can turn a little bit Violet Elizabeth Bott at this time of the year, what with the avalanche of marketing aimed at them and the seemingly limitless generosity of Father Christmas.

Perhaps it’s no wonder that parents are planning to spend an eye-watering £228 per child aged 10-13, and £178 on five to nine-year-olds, according to a survey by Halifax. That’s 8 per cent up on last year. However, it is possible to rein in their demands and still get the big wow on Christmas morning. Here’s how.

Deal with pester-power
It’s not just TV advertising that creates pester-power, but the internet too. It’s vital to make children media-literate from the earliest age, says Professor Karen Pine at the University of Hertfordshire. Her research among four to eight-year-olds showed a direct correlation between the length and content of children’s Christmas lists and how much commercial TV they watched.

“Parents tend to underestimate the effect of advertising on their children, who tend to regard it as a benign interruption which is giving them useful information,” she says. “We need to explain advertisers’ motivation, that they want to make money. Watch TV with your kids and explain the production techniques — what is real and what is animation. Will that action figure really swim underwater? It’s much harder for parents now because children have merchandising and marketing coming at them 24/7, but we still have a choice and we can choose to stand strong and not buy.”

Question children closely about an advert, suggests the child development expert Elizabeth Hartley-Brewer: be sympathetic, ask what they like about the toy, what they think it will and won’t do, and whether it fits with their interests. Suggest that you go and see it in a shop first.

Edit Santa’s list
If the list is dispiritingly long, ask which they’d really want if they had to choose. Children should know there’s a limit, even if you could afford everything. Children need to discover their own identities — and they do that by deciding on their true preferences. “They need to see us exercising some prudence with our money, because that’s the way they learn about dealing with their own money later on,” says the psychologist Donna Dawson.

If we have an overwhelming urge to buy them everything, we need to ask ourselves why. “Is it because we want them to be happy, or do we want to feel loved and approved of by our children, and we think buying presents will do that?” Dawson says. “Lots of parents want to assuage their guilt over not spending enough time with their children, or to make up for a difficult time, but presents won’t do that. Better to set aside time to bake cookies with them. Children can only take in so much at Christmas and then it’s overload.”

Tell teens what your budget is
Even allowing for inflation, a child’s main present now costs four times as much as it did in the 1930s. According to the Halifax survey, the average parent spends £177 on each child. (Perhaps contrary to stereotype, London parents spent least at £123 and those in the northeast most, £219.) A previous survey from Asda put the average spend at a remarkable £312. “I know parents who spend several hundred pounds on each child and others who spend £50 because they think it’s plenty,” says the child psychologist Dr Amanda Gummer of the Good Toy Guide, the author of Play. “It’s not always about who has the most money, it’s just their approach.”

You needn’t tell children under eight what budget you’ve decided on: they aren’t basing their choices on cost (although you can say whether their choice is over the amount that you — or Santa — can spend). Teenagers can benefit from greater transparency, though, especially if what they want is heinously expensive. “My 13-year-old wanted an iPhone 6 and a pony, which wasn’t going to happen,” says Gummer. “But it’s fine to say: ‘My budget is £100, so if you’re prepared to save your pocket money and work for extra money by doing chores then I’m happy to put £100 towards the phone.’ If they’re prepared to work hard at getting something they really want, as parents we should be supportive. In that case, buying them a fluffy jumper and some socks instead is going to be a waste of money.”

Think about giving experiences, not gifts
So many of us now buy for friends’ children, neighbours’ children, plus our children’s school friends that it’s easy to feel swamped by Christmas. “In a survey we’ve done this week, 55 per cent would cancel Christmas if they could,” says Jenny Keefe at MoneySavingExpert.com. “Many of those were parents. There’s an ever-growing circle of friends we feel we have to buy for, which has got out of control and is making Christmas too stressful and commercialised.” The website campaigns against the culture of straight-to-landfill “peripheral” presents, and instead advocates a charity donation or Secret Santa among friends, and free or homemade gifts for children.

In a society like ours that has reached “peak stuff”, parents should be thinking about experiences not physical gifts, says James Wallman, the author of Stuffocation. “First it was adults, but now you’re hearing more teenagers saying: ‘I’ve got everything I want, I don’t need anything.’ If they have a phone they have everything right there: access to their friends, games and a camera. They don’t need ‘stuff’.” His five-year-old daughter will get a couple of books, maybe a board game and/or a small Lego set this Christmas, but no main present. Instead she’ll get a trip with her family to the theatre or a day out. “Research shows that materialism in children can make them less happy, more anxious and more likely to look for external status in later life rather than internal meaning,” he points out. “One study even showed people with a house full of stuff had stress hormone patterns usually associated with post-traumatic stress disorder. Spending time together, on the other hand, creates memories and stories to tell, which give you a sense of identity.”

Don’t try too hard to be fair
Wallman remembers his grandparents being such sticklers for equality that they would work out the price difference between his and his brother’s present: “One of us would get a cheque for £8.43 or something, which felt a bit ridiculous but at least there was an equitable feel to it and we felt we were loved exactly the same.”

Psychologists aren’t too keen on such parity. “It’s unhelpful to be too equal,” says Gummer. “Although I wouldn’t advocate massive disparity, the message should be that you’re giving what’s right for them, that you’ve understood their needs and you know them. You love them equally – but equality does not mean identical.” With children younger than ten it’s quantity not quality that’s important because they love the physical opening of presents. So you may need to ensure there are the same number of presents for each, never mind the cost. With older ones, it’s fine to explain that some years one might get a more expensive present than the other.

“As long as there’s a general feeling of fairness, they will understand,” she says. “It’s not good to encourage this idea of always counting what the other sibling gets. That doesn’t set them up for mutually reciprocal relationships with other people in later life.”

Get children to buy their gifts for others
Children should buy or make presents for their parents and siblings from the very earliest age, certainly from five, says Gummer, because it teaches giving as well as wanting; for older ones it also encourages careful thought and shopping around. She gives her daughters, aged 13 and 12, a £50 contribution towards the £100 estimated cost of ten presents for relatives: they make up the remaining £50 from saved pocket money.

What doesn’t work is buying something yourself, wrapping it up, then telling your child they can give it to grandma. “It’s tempting because it’s quicker but it doesn’t teach them anything about the spirit of giving,” says Hartley-Brewer. “Even if it’s not their money it’s important to give them a choice of what they are giving.”