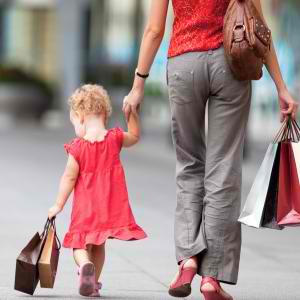 It would seem that the most common money related topic between parents and kids is about spending. When kids get a bit older, their spending increases. Some want more video games, clothes, comics or any other number of items they are interested in. The following are a few tips on how to avoid spending too much money on your kids.

• Create a system of money boxes

Make three boxes for your kids – one would be the spending allowance (or pocket money), another would be for savings and the third one would be for giving. Every week, give your child their weekly allowance, and you can set this amount after discussing it with your child. Make sure you are giving them neither too much nor too little. Put 10% of the allowance in the saving box, another 10% in the giving box and the rest as the spending allowance. This would provide some form of ceiling for both you and your child.

• Have them do odd jobs around the house

If your child insists that you pay them too low an allowance, then have them perform odd jobs around the house. If you have hired a person to rake leaves in the garden, then you can ask your child to do the same job and pay them the money. Not only will it increase their allowance, but it would also teach them the value of money and you would end up paying nothing above what you were already paying.

• Be consistent with your surprise allowance

Many parents have a habit of giving their children surprise allowance for special occasions like good results at school or for a school picnic, etc. When you do give your child such an allowance, learn to be consistent. If you do this, they would know how much you can afford and would not ask for more. Also, by gauging their allowance, they can save some money for their own expenses.

• Keep a track of inflows and outflows

There are often times when your child borrows money from you over and above the allowances they are being paid. While you should tell them that you will take the extra off their usual allowance, it is often difficult to keep track of this. Thus, in your monthly budget, keep an additional column for this purpose. This way, you will know how much you are actually spending on your child and would be able to control it.

As a parent, you have to make sure that your children get enough, but you have to do so by keeping the house budget balanced and without spoiling your kids. In certain circumstances a personal loan may be an option for you and this loan calculator could help you stay informed of all your options.  Either way, too much pocket money can foster a bad habit of overspending on kids and can be a headache for you as well.