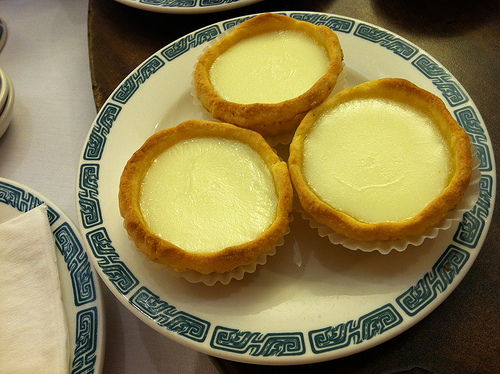 If your kids are hungry and you are thinking about preparing something new for them, consider going for a finger licking dessert. Desserts such as malva pudding, mealie-bread and koeksisters, which are same as fried donuts, are quite common in South-African regions. One of the most fascinating desserts of South –Africa is the Melktert. Also known as milk tart, it is a traditional dessert resembling like custard. This dessert has more amount of milk as compared to eggs, unlike European custards, presenting a greater of milky flavor and a light texture to the dessert.

Like most of the African recipes that offer plenty of nutrition and flavor, this delicious dessert tastes great and offers some vital nutrients to your kid. Your kid would certainly love to eat such a tasteful item.

Melktert is a Delicious South-African Dessert

The history of melktert reaches back to Persia. In Persia, similar pastries were called grasshopper wings, owing to the structure’s delicacy. The recipe of melktert was originally referred as skilferkors, and was published in 1653 for the first time. Below appears the recipe of an old fashioned version of this dessert, which is the favorite of many South Africans, especially the kids.

The Recipe of Melktert:

The oven should be preheated to about 375 degrees Fahrenheit. Some cooking spray should be sprayed to the inside portion of a dish pie plate that is 9 inches deep. Take a large bowl and put the butter and sugar in to it. Mix them together properly to form a cream until a smooth paste is formed. Then, the egg yolks should be added one by one to the mixture, and the yolks should be blended well till the batter becomes fluffy and light. Now, take a separate bowl for beating the egg whites. Beat them till they lead to the formation of stiff peaks. The egg whites should then be folded into the batter. Oftentimes, if you have a surplus amount, you can store egg whites for future use. However, you might need to store it in an airtight container in order to keep it fresh. Coming back, the mixture should be poured into the pie plates and the top should be sprinkled with cinnamon sugar.

Bake them for around 25 minutes. Then, the flame should be reduced to about 325 degrees Fahrenheit. Allow the tart to be baked continuously for around 25 to 30 more minutes, or bake them till you find the center to be set on jiggling the pie gently.

Now the dessert is ready to be eaten. Serve the dessert either cold or hot. When your kids are hungry, offer them this delicious dessert and let them enjoy its exotic taste.

The melktert is loaded with taste and health. It is easy to be prepared and does not involve too many ingredients. You can prepare it for your kids during lunch or as a snack when they get hungry in the evening.

Summary: Melktart is an exotic South-African dessert which is loved by all kids. Prepare it at your home with ease and serve your kids.

Author’s Bio: Mary James is a proficient author who writes quality articles on parenting and related topics like baby walkers. Her articles are a good source of information to the readers. She contributes regularly to the website Toddlerandbabytoys.co.uk.