There’s something about animation that draws kids in to fantastical worlds full of rich colour and visuals you don’t see in live-action films. And nothing looks better among the Blu ray releases in stunning HD. Anything is possible with animation, and there’s no such thing as stilted acting. However, sometimes the “stories” in kids’ films are only appealing to, well, kids. Before you give up on ever enjoying a movie with your kids, though, here are a number of animated movies that appeal both to kids and adults. 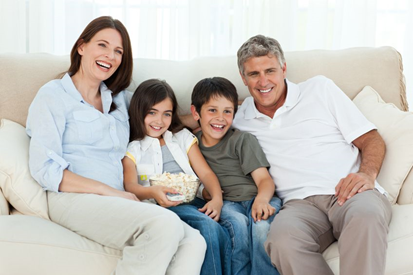 It seems odd to start off this list with a sequel. Go ahead and check out “Toy Story” and “Toy Story 2,” both of which are pleasant offerings from Pixar. However, you won’t be confused if you jump right in with “Toy Story 3,” which stands leagues apart from its predecessors.

“Toy Story 3” is about a young man reaching the threshold between being a kid and being an adult and questioning how he’s going to find the courage to move on and leave his childhood behind. We watch this story unfold from the point of view of his childhood toys that accidentally get donated. The toys work together and do everything they can to reunite with the boy, even if it means they will collect dust in the attic. Kids will love the action and humour throughout the story, and you’ll probably be dabbing your eyes with a tissue by the end.

Few movies can make kids laugh as hard as “Shrek” and still touch their parents’ hearts. Shrek is a fairy tale comedy, almost a parody of the Disney fairy tale movies that came before it, but it’s also a love story that encourages self-acceptance and individuality.

While “Shrek” may be a bit heavy on the potty humour for your tastes – but your kids will probably love it, particularly if you’re entertaining boys – there are quite a few jokes that will fly over your kids’ heads that are intended specifically to entertain you. The many sequels to this movie are hit or miss, but you really can’t go wrong with the big green ogre and his lovely human princess.

The first Japanese animated film to win an Oscar for best animated picture, “Spirited Away”is an offering by Hayao Miyazaki’s Studio Ghibili that will delight children with fantastical scenes of wonder and humorous moments of mischief all while it entertains adults and is worthy of being deemed a work of art. Following a young female lead uninterested in love or marrying princes – a rarity in the animated world – “Spirited Away”is the story of Chihiro, a girl who watches her parents turn into pigs before her eyes when they get lost and pull over to explore a deserted town. Horrified, Chihiro runs into a magical world full of spirits, and she gets a job at a bathhouse run by a witch. Soon, she forgets her human life, and even her name. The film has been compared favourably to “Alice in Wonderland” with a Japanese touch.

“How to Train Your Dragon”

There are few things more touching than the story of a boy and his beloved pet – and when that “pet” is a potentially dangerous dragon, it’s all the more entertaining.

Kids will love “How to Train Your Dragon” because they’ll empathize with Hiccup, the scrawny protagonist who’s never good enough to impress his father but who has his own talents – like training his Viking village’s arch-enemies: fire-breathing dragons. Adults will find the story well-told and root for the young man to succeed in convincing his father and the townspeople to open their hearts to dragons, all while reflecting on their own relationships with their children.

The list doesn’t stop here. You can’t go wrong with most of the big studio animated offerings, particularly the ones made by Pixar, Disney, Ghibli and Dreamworks. If you ever need more ideas, just look to see what animated film won the Oscar this year for best picture. It doesn’t get that kind of commendation without having a heart and soul that appeal to both kids and adults.

About the Author: Alana Ruark is a contributing writer and movie blogger. Her articles and reviews have appeared in a Sydney publication and all across the Web.