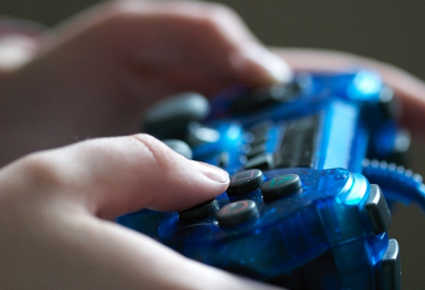 It is natural for children to be disparaging of their parents’ abilities when it comes to video games. But give them half a chance and they might surprise you. Here is why you can have fun when gaming with your mum.

In the past, before the days of digital entertainment, families used to sit around the table and play board games together. Family game nights are still a popular activity today where parents and their kids sit down together to play RPGs (Role-playing games) like dungeons and dragons, magic: the gathering, and similar board games (you can visit https://dnd.wizards.com/products/tabletop-games/rpg-products to look at more such games). The idea could be considered as parents’ way of bonding with their children and getting to know their interests. However, with the wealth of interactive videogame options available, a static cardboard game can look a little bit boring by comparison.

You may feel more comfortable playing video games with your siblings or friends and perhaps find that the older generation is not entirely interested in picking up a controller and joining in. But there are plenty of ways to get mums and dads interested in this hobby, ranging from casual Cartoon Network games to the more hardcore titles.

It is often a good idea to let mums paddle around in the shallow end rather than plunging them into something like Dark Souls, which is sure to put them off gaming before it has even taken hold. Browser-based titles like Cartoon Network games might be a good starting point, particularly if you are dealing with parents who also have young kids.

The Nintendo Wii and its recent replacement, the Wii U, are also good introductory portals to the videogaming universe. Casual games that can be controlled with motion-sensitive remotes and touchpads, rather than complicated, button-swamped devices, will appeal to those who are new to gaming.

One of the best ways to engage new gamers is by presenting them with games that have compelling narratives, stretching beyond the basic bombast of something like Black Ops II to new places that mainstream media does not usually cover.

Adventure and discovery-oriented titles like Telltale’s The Walking Dead or the PlayStation exclusive Journey have won critical plaudits and also show that games are about more than mindless killing. This kind of approach can really appeal to mums and dads who might not think of games as anything other than murder simulators.

Like the board games of old, videogames are even better when you can enjoy them with another human being. There are now even gaming TVs from companies like VIZIO so the whole family can play together in the family room, immersing themselves as they play.

There are plenty of competitive multiplayer modes out there, but a parent might have a better time if they are cooperating with you rather than fighting against you.

To this end many games now feature co-op so that you can play through the main story or a completely separate campaign as a team. Portal 2 offers a particularly good co-op mode that is all about puzzle solving and crazy physics.

There are also board game-style party games that feature lots of miniature titbits of interactivity and the option for up to four human players to duke it out together.

Whatever route you choose, just remember that mums and dads can have a great time with modern videogames. You just have to give them the encouragement and support they need to get involved and not feel alienated.

CJ is a writer and gamer who has published articles with a number of websites on topics related to digital entertainment. She has spent many a hilarious hour playing video games with her own mum. She still is not very good.